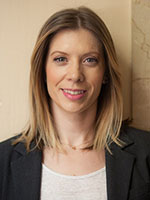 Megan Brewer joined the Law Offices of Stacy Tolchin in March of 2015. Before joining the Law Offices of Stacy Tolchin, Ms. Brewer served as an Asylum Officer with the United States Citizenship and Immigration Services (USCIS) in Anaheim, CA, where she adjudicated Asylum and NACARA applications and interviewed applicants for Credible Fear and Reasonable Fear. Prior to working at the Asylum Office, Ms. Brewer was an attorney with a private immigration firm in Pasadena, CA. Ms. Brewer is a 2009 graduate of the UCLA School of Law with an emphasis in Critical Race Studies.